The L.M. Montgomery Institute gives out three awards at the Biennial Conferences.

Dr. Betsy Epperly grew up loving the work of L.M. Montgomery, drawn in and to the special place Montgomery created, Prince Edward Island. She excelled as a student, and pursued Montgomery, but those two roles did not overlap, at least officially, because Montgomery was considered to be not a “suitable” subject matter for serious academic study. Doctoral work was completed instead on Anthony Trollope, and then Epperly fitted in Montgomery scholarship, or fitted in work and life around Montgomery scholarship, playing her role in establishing the field of Montgomery studies. Along the way Epperly became President of Montgomery's alma mater, the University of Prince Edward Island.

It was the imagination and the tenacious and relentless work of Betsy Epperly that got things started, and that have done so much to sustain and to nurture the LMMI. That nurturing is no more evident than in her role as mentor, and especially mentor to new scholars. "Beautifully written and an excellent engagement with critical materials. This paper makes a fascinating, well-constructed argument about Anne-girls in Canadian children’s literature.

This paper provides exciting Anne connections to other Canadian literary heroines and seamlessly weaves the discussion of other writers with that of Anne, concluding that “readers are thus invited to recognize their own role in writing the story of social change Montgomery’s narrative inspires.” 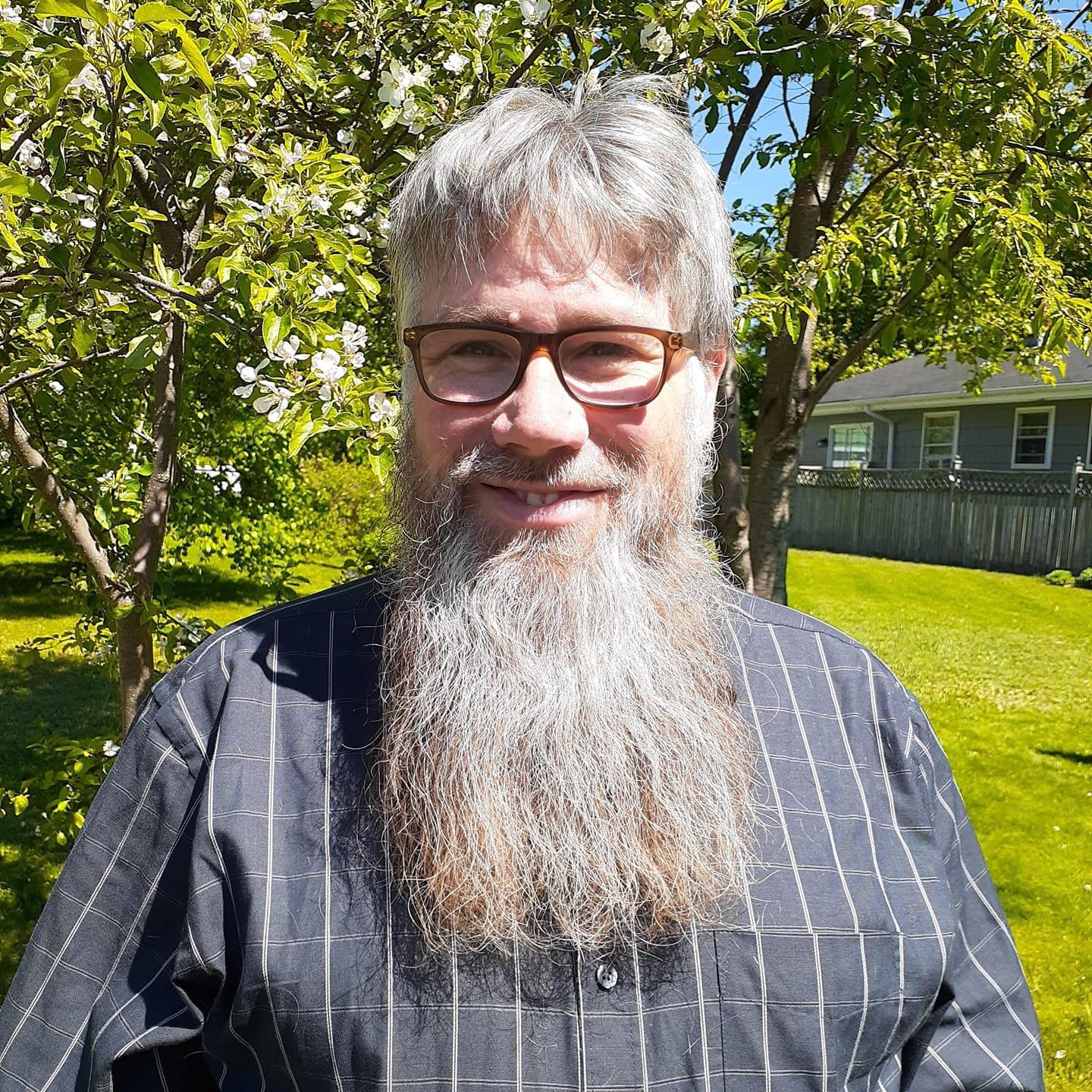 "This paper related to the theme of vision through its exploration of the significance of darkness and light in Montgomery's Anne's House of Dreams. The author made a notable effort to engage with a substantial corpus of Montgomery scholarship and positioned the essay in dialogue with Elizabeth Epperly's ideas in particular."

"Beautifully written, scholarly informed reflection on Anne's House of Dreams drawing on a tension central to Montgomery between darkness and light."

"The argument flows nicely...asking pertinent and engaging questions along the way."

"Beautifully argued, a unique reading of Anne's House of Dreams with a nicely contextualized final argument/conclusions that invite comment and conversation going forward - just what an essay like this should do!"

Dr. Francis W.P. Bolger was a Professor Emeritus of History at UPEI and a member of the Order of Canada. Mid-career, Bolger was shown a series of recently uncovered letters written by a teenage Lucy Maud Montgomery to her cousin, Penzie Macneill. Never having been encouraged to read Montgomery’s works, Father Bolger was astounded by the quality of Montgomery’s mind and writing. He soon became one of her most vocal champions, and his book, The Years Before Anne, played a significant role in legitimizing the serious study of Montgomery. He co-signed the grant application that led to the founding of the L.M. Montgomery Institute and chaired the first LMMI symposium in 1994. He also supported the L.M. Montgomery Land Trust and for more than twenty years he chaired the Lucy Maud Montgomery Birthplace Trust Board.

The Rev. Dr. Francis W. P. Bolger Award for outstanding contributions to our appreciation of Montgomery and place in Prince Edward Island, through scholarship, education, preservation, creative works, or by other means.

Since the house and grounds were deeded back to Prince Edward Island by K.C. Irving in 1964, the Lucy Maud Montgomery Birthplace has become a treasured landmark on PEI and in the Montgomery world.

Over the decades, and for many years under the leadership of Dr. Bolger himself, the Birthplace has created exhibits and displays that honour Montgomery and her place in Island culture and history. One of L.M. Montgomery’s favourite places to visit was the farm home of her “merry cousins” and of her Aunt Annie and Uncle John Campbell in Park Corner, Prince Edward Island. Montgomery called the Campbell house the “wonder castle of my childhood” and featured it as Silver Bush in her two Pat novels. It was a second home to her. Montgomery also married Ewan Macdonald in the Campbell parlour.

Montgomery prized the Campbell’s famed hospitality and today the Campbells graciously introduce visitors from all over the world to Montgomery’s life and writing and to her unique connections with the Park Corner property.

This award recognizes outstanding lifetime contributions in building Montgomery scholarship and/or public engagement may be awarded biennially in conjunction with conference. This award is not necessarily awarded each conference. The recipient(s) receives a framed certificate; a plaque, with space to recognize recipient(s) for multiple years that will be placed in the LMMI space in the Robertson Library. Recipient(s) will be identified by the LMMI Committee.

The work that Dr. Elizabeth Waterston and Dr. Mary Rubio have together produced on Montgomery provides the lasting foundation for L.M. Montgomery Studies.

The five volumes of the Selected Journals (1985-2004) changed the way the world perceived Montgomery. The introductions to the five volumes together offer invaluable insights into her times. The overwhelming success of the journals meant that they could return to the Island years and present The Complete Journals.

In 1995, while publishing the Selected Journals, they co-authored a short biography regarded as an excellent introduction to Montgomery’s life. Together they have provided introductions and afterwords for Montgomery novels, given countless interviews on radio, television, and new media, and have made joint presentations at conferences and special venues.

Rubio and Waterston have ensured that Montgomery’s legacy has been enhanced and preserved and generations of scholars will benefit from the materials they have made available. Recently, they have agreed to serve as honorary editors for the new Journal of L.M. Montgomery Studies.

Waterston: Professor Emeritus of English from the University of Guelph. She was a founding editor of the journal CCL: Canadian Children’s Literature: Litterature Canadienne pour la jeunesse, and is the author of dozens of chapters and essays as well as a range of books. Dr. Waterston’s landmark essay on Montgomery is credited with beginning the upswing in Montgomery’s critical reputation. Forty-two years later, Magic Island: The Fictions of L.M. Montgomery was composed as a literary companion for Mary Rubio’s biography The Gift of Wings, placing each of Montgomery’s novels in the context of her life. In 2011, Dr. Waterston was made a Fellow of the Royal Society and was also invested as a member of the Order of Ontario.

Rubio: Professor Emeritus of English at the University of Guelph. She facilitated the University of Guelph’s acquisition of a major collection of L.M. Montgomery’s personal effects, photographs, scrapbooks, journals, and papers to create a world centre for the study of Montgomery’s life and career. She became an editor of the journal, CCL: Canadian Children’s Literature: Litterature Canadienne pour la jeunesse. For her biography of Montgomery, Dr. Rubio spent more than twenty-five years in research. The Gift of Wings was a finalist in 2009 for the British Columbia's National Award for Canadian Non-fiction.

While Jennie has been a life-long Montgomery enthusiast, John did not grow up knowing about Montgomery’s attachment to the Macneill lands. When the first volume of the Selected Journals was published, John and Jennie read with amazement and joy how much Montgomery loved the Macneill property.

They decided to restore the red sandstone foundation, liberate the orchard, establish a garden of flowers Montgomery grew and tended, and build a bookstore on the site of one of the barns. Together John and Jennie lifted the stones and rebuilt the cellar, dug out the well and created signage framed with wood from the original farm buildings.

While John hoed and raked and cut in a never-ending cycle of care, Jennie addressed tourists from around the world, generously sharing her warmth and knowledge with thousands of visitors.

John and Jennie, with their family, decided to dedicate the central acres of their farm to Canada so that as a National Historic Site, the land where Montgomery grew up and learned to dream and to write would be preserved for all to see and to share.

Jennie Moore Macneill has been honoring L.M. Montgomery, through action and example, since childhood. As a child reader, Jennie Moore identified with the power of Montgomery’s connections with nature, community, and imagination. Devoted to Montgomery’s writing, Jennie at age 12 braved a crushing crowd to attend the author’s funeral in the Cavendish church. When she married John Macneill in 1953, Jennie joined a branch of Montgomery’s family, moving into the house Montgomery had known from her childhood. For the past 30 years Jennie has been introducing thousands of people to Montgomery’s home place, bringing Montgomery’s story to life vividly and sincerely.

John Ernest Macneill met his cousin, L.M. Montgomery, when he was young, but he did not realize then how famous she was since to him she was simply “family.” Always a hard worker, he also knew how to enjoy his friends and family. He was a staunch member of the Cavendish church and he and Jennie together engaged in much community work. An honest, loving, quiet, and kind man, John was passionate about the land of his heritage and proudly tended it. When John died in the spring of 2017, at the age of 86, he and Jennie had already established a lasting tribute to L.M. Montgomery, the relative whose love of the land he and Jennie shared. Collins: In 1991 Carolyn founded the L. M. Montgomery Literary Society. Member Mary Beth Cavert was recruited to edit the Society’s annual newsletter, The Shining Scroll, an invaluable resource for articles related to Montgomery, her works, and PEI. Carolyn has been part of each L.M. Montgomery International Conference since the first Symposium in 1994. In 2012, she founded the Friends of the L.M. Montgomery Institute, which supports the Institute’s collection by accepting donations and with a Silent Auction at each conference.

Carolyn is an avid collector of Montgomery materials, including hundreds of books, magazines, articles, and photographs. She is a meticulous Montgomery detective, evidenced for example in her editing An Annotated Bibliography of L. M. Montgomery's Stories and Poems, updating Rea Wilmshurst's 1986 bibliography, and its companion, A Guide to L.M. Montgomery's Story & Poem Scrapbooks 1890-1940. Carolyn, with long-time friend and Literary Society member, the late Christy Woster, compiled and edited them as After Many Years: Twenty-one "Long-Lost" Stories by L. M. Montgomery. Carolyn’s most recent publication is the edited and annotated transcription of Anne of Green Gables: The Original Manuscript, published last year by Nimbus. Cavert: Mary Beth Cavert is a Montgomery scholar, collector, and author whose work not only deepens knowledge of Montgomery, but also immeasurably enriches the scholarship and understanding of others. Beth created The Shining Scroll. Carolyn Collins asked Beth Cavert to publish a newsletter for the L.M. Montgomery Literary Society in Minnesota that Carolyn had recently organized. Over time, Beth developed the newsletter into a premier place to share Montgomery news and scholarship, writing much of it herself.

She attended the first LMMI conference in 1994 (and every one since), and became inspired to “explore Montgomery’s biography through the lens of her friendships as identified in her book dedications.” No one else has found more than Beth about the significant friendships Montgomery’s book dedications represent. This sleuthing work also led Beth to investigate more about George Boyd MacMillan’s thirty-nine-year correspondence with Montgomery. Beth undertook the monumental work of transcribing and fully annotating for publication the complete correspondence to MacMillan. Mary Beth Cavert is prominent among the Friends of the L.M. Montgomery Institute.